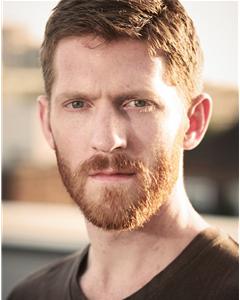 Robin is an experienced actor; in film, he has appeared as the lead in two award-winning shorts, as well as writing and directing his own (Sugar Snap), currently in post-production. On stage, Robin played Geordie in the West End production of War Horse, as well as puppeteering both main horse characters in the show. View his acting showreel at: https://vimeo.com/106799406

As a Movement Artist, Robin has professional experience in mocap, puppetry, skins and a special interest in animal movement. He worked extensively on the award-winning feature film Gravity with the SFX team, working as Puppeteer and Motion Controller. Since then, he has also joined Creature FX teams, performing with puppets and animatronic creatures and characters. His movement artist showreel can be viewed at: https://vimeo.com/91968302

Robin is also a qualified fitness instructor and has worked professionally as a movement director (including assisting choreographer Toby Sedgwick on the 2012 Olympics Opening Ceremony). He has vast experience in developing new projects as a movement consultant, puppetry director and deviser.

For further details regarding Robin and his work please see his CV and visit www.robinguiver.co.uk